How do you see through all this legislation?

The letting and management of residential property in Scotland is a complex business. There is myriad legislation governing landlord and tenant law, health and safety legislation as well as consumer protection. Above all else you are dealing with someone’s home so everything can get quite emotive for both landlord and tenant.

At Dove Davies we have being doing this for longer than most. We were formed in 1974 and from a family background we have grown to become one of Edinburgh’s foremost property letting firms. We have literally helped thousands of landlords find the right tenants. We are also Chartered Surveyors, and this guarantees that you will receive the highest standards of service and protection offered by the industry. 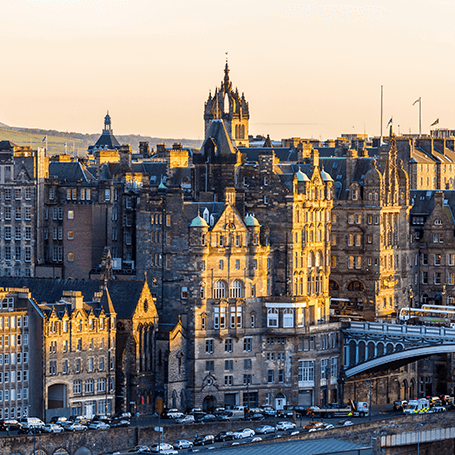 It’s important therefore that you have an agent acting on your behalf that knows as well as understands the legislation and is able to put this into practice.

The main items we will deal with on your behalf are listed below.

This is just a selection of the items that we will deal with on your behalf.

We would very much like to discuss your requirements so please get in touch. Please contact us for full details of our service or to arrange an initial meeting, without obligation or cost.

My flatmate and I are first time renters in our 3rd year of university, we have been renting a lovely flat from Dove Davies for around 2 years. We have had regular inspections among other services such as boiler services etc. one of which had to be rearranged as neither of us were available to attend - it was efficiently dealt with and re-arranged with no questions asked. Apart from the necessary emails we haven't heard a peep - it is just like having our own home. Our landlord has been grand and Dove Davies has been a pleasure to work with, we will be sad to move out after graduation. Thanks for everything so far! I'd definitely recommend Dove Davies to others.

Before leaving the UK to work abroad, I carried some research to decide which Property Management Company to leave my property with. I decided on Dove Davies. I chose Dove Davies because they displayed the balance of looking after the interests of the Landlord firstly and also the tenants ( I had previously been a tenant for over 10 years so was keen to have a Company that could deal fairly and timely with any renters issues also). I have now been abroad for over 17 yrs, and during this time DD have proven to be a very capable and safe pair of hands to leave my property with. For me it has been a hassle-free experience, which is what I was looking for :)

Dove Davies have managed a flat for us for 9 years now and have always done a good professional job. In that time they have arranged 3 lettings to good tenants and carried out regular safety checks, repairs/redecoration and admin/accounting, all with minimal fuss. Would recommend them.

I've been a tenant with Dove Davies for 5+ years. After renting with other more firms and agencies, it's been nice to be with a reliable one for a change. It's an old flat, but any issues I've had have been dealt with in a timely fashion - I think it's also helped that the landlord has been amenable to the work needing done. All inspections have been carried out with proper notice and on time. No qualms about recommending them to others.

I have been privately renting from Dove Davies for just under 2 years, the service I have received has been great. All staff I have had contact with have been friendly and welcoming, any concerns or problems I report are quickly resolved and/or a solution agreed. Well recommended.

Me and my husband have rented our current property with Dove Davies since April 2015 and in that time if we have had any issues they have been dealt with very promptly. The staff are always friendly and polite. Whenever we have had a problem i.e. boiler service or any sort of maintenance they have come round at times that we have asked them to call at due to me being at work. My husband has mobility issues and the landlord allowed the council to fit a hand rail in the bathroom for him we also had a disabled bay put outside even when we asked the landlord if they would decorating the bedroom they done it for us we would highly recommend Dove Davies to others.

Dove Davies & Partners is an excellent company! We have used them for over 8 years now and have found them to be very responsive to our needs and professional to deal with. They have also been very proactive in making recommendations that would help maintain our property and make it more marketable for future tenants. In the past 5 years our property has had 4 tenants but vacant for less than 3 weeks. Excellent service and would recommend to anyone especially if you live overseas like we do.

As one relatively new to the business of renting out a property, I was looking for a letting agency who would take the hassle out of being a landlord. Dove Davies had been recommended to me after a succession of difficulties with the firm I'd initially used: and I've been entirely satisfied with the service which they have provided - they were certainly all that the person recommending them to me assured me they would be. They have managed the property well, anticipated issues, advised me helpfully, and have always put their client's needs and concerns first. It has been great to have had the service of a firm who clearly know their business, are attentive to their client, and are ready to go the 'second mile'. They have been efficient in all aspects of their business, prompt and patient in dealing with every enquiry, and courteous in all their dealings with me. I can highly recommend them!

Dove Davies have managed our property for over ten years and have done so exceptionally well. Their staff are helpful and easy to deal with and are always willing to assist with any problems that we have had.

They have assisted us in managing our property over many years with efficient and friendly service. No problem has been too much for them. We would highly recommend this company.